In order to follow the technique of Pranayama, it is necessary to know something about mudras, and bandhas. The Sanskrit word mudra means a seal or a lock. It denotes positions which close the body apertures, and where the fingers are held together with special hand gestures.

Bandha means bondage, joining together, fettering or catching hold. It also refers to a posture in which certain organs or parts of the body are gripped, contracted and controlled. When electricity is generated, it is necessary to have transformers, conductors, fuses, switches and insulated wires to carry the power to its destination; otherwise the current would be lethal.

When prana is made to flow in the yogi’s body by the practice of pranayama, it is equally necessary for him to employ bandhas to prevent the dissipation of energy and to carry it to the right places without damage. “Without the bandha, the pranayama practice, and the flow of prana can injure the nervous system.

Out of the several mudras mentioned in Hatha-yoga texts, jalandhara, uddiyana, and mula bandha are essential to pranayama. They help to distribute energy and prevent its waste through hyper-ventilation of the body. They are practiced to arouse the sleeping kundalini and direct its energy up through the susumna channel during pranayama. Their use is essential for experiencing the state of samadhi.

The first bandha the sadhaka should master is jalandhara bandha, jala meaning a net, a web or a mesh.

In this way the elixir of life is stored. And life itself is prolonged. The bandha also presses the ida and pingala channels and allows the prana to pass through susumna. The jalandhara bandha clears the nasal passages and regulates the flow of blood and prana (energy) to the heart, head and the endocrine glands in the neck (thyroid and para-thyroid).
If pranayama is performed without jalandhara bandha, pressure is immediately felt in the heart, brain, eye-balls and in the inner ear. This may lead to dizziness. It relaxes the brain and also humbles the intellect {manas, buddhi and ahamkara).

Note:
Those with stiff necks should keep the head as far down as possible without undue discomfort, or roll a piece of cloth and place it on the top of the collar-bones. Hold it by lifting the chest rather than by pressing down with the chin. This releases tension in the throat and breathing becomes comfortable.

Uddiyana, which means flying up, is an abdominal grip. In it, the prana or energy is made to flow up from the lower abdomen up into the thorax, pulling the abdominal organs back and up towards the spinal column.

Effects:
It is said that through uddiyana bandha the great bird prana is forced to fly up through the susumna nadi, the main channel for the flow of nervous energy, which is situated inside the spinal column (merudanda). It is the best of bandhas, and he who constantly practices it, as taught by his guru, becomes young again.

It is said to be the lion that kills the elephant named death. It should be performed only during the interval between a complete exhalation and a fresh inhalation. It exercises the diaphragm and abdominal organs. The lift of the diaphragm gently massages the muscles of the heart, thereby toning them. It tones the abdominal organs, increases the gastric fire and eliminates toxins in the digestive tract. As such it is also called sakti chalana pranayama.

When mula bandha is initially practiced, there is a tendency to control the two areas, i.e. the perineum and the anus. Mula bandha takes place in the center of the body, neither in the front nor back. Then mula bandha chakra is directly contracted. In the beginning the student will find difficulty in asserting conscious control over the perineal area, as the brain is not tuned to such fine muscular manipulation in this area.

The practice of mula bandha reactivates the areas in the brain controlling this region of the body, bringing the neuronal circuits responsible for its control into the sphere of CONSCIOUSNESS. This growth process takes time, and in the meantime, while practicing mula bandha, it is important not to become frustrated if you cannot control the perineal body, or the cervix, without contracting the anus or genital organs also. In the initial stage this is to be expected. Controlled systematic contraction of the perineal body/cervix produces heat in the subtle body, and this awakens the potential of kundalini. Control will definitely come with time, practice and perseverance.

The Physical Effects of Bandhas:

The performance of bandhas in conjunction with pranayama (breath and energy control) affects the whole body as follows:

As a result of the direct effect that bandhas have on the endocrine glands, certain biorhythms in the body are also regulated. For example, both mula bandha and uddiyana bandha are extremely useful in stabilizing menstrual periods.

– Alpha brainwave production, an index of profound relaxation, is increased, indicating a slowing of nervous activity.

– Sympathetic activity in the body is decreased, a further index of relaxation.

– Confused and/or crossed neurological circuits in the brain are reordered, in effect ‘retraining the brain’.

– The digestive system is toned, massaged, and revitalized via pressure on the internal organs.

– Harmony in the activity of the urogenital system occurs as a result of reflex action via the nervous system. 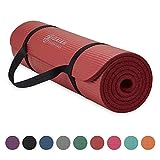 Chakra Healing: A Beginner's Guide to Self-Healing Techniques that Balance the Chakras
$9.59
Buy on Amazon
SaleBestseller No. 2

Chakras for Beginners: A Complete Guide to Balance Chakras and Healing Yourself with Crystals and Meditation for Health and Positive Energy
$13.08
Buy on Amazon
Bestseller No. 3 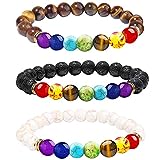 Yoga to Harness Your Chakra Energy
$9.99
Buy on Amazon